LOCKDOWN – MEDICINE WORSE THAN THE DISEASE? 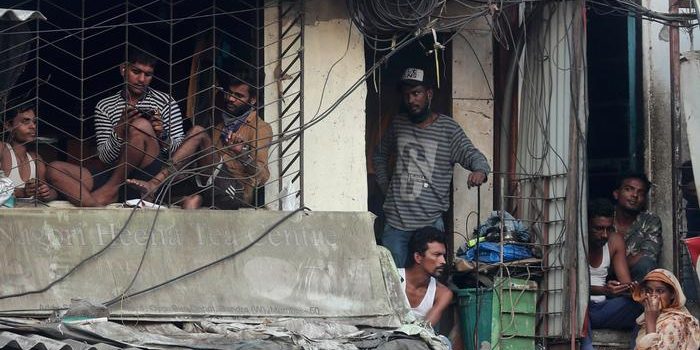 Dr. Sunil Kaul, Founder Trustee who is currently the

Managing Trustee and also CEO is based in the ant’s campus in Rowmari. A public health doctor who has consulted on malaria, T.B , Maternal and Child Health and other public health issues with national & international agencies; has over 10 years experience in the Army as a medical doctor and associated with Development Sector for over 25 years.

The 2 country-wide lockdowns of 3 weeks each, one after another are unprecedented anywhere in the world. We all know of the distress caused to millions of migrant labourers but we can only wish that someone had planned the first lockdown much better! Maybe there were some compulsions that have been hidden from public domain! We may also like to be generous at such times and forgive those who took the decisions “for they knew not what they did!”

We can however give lockdowns the credit for having delayed the epidemic from reaching an early peak in India. The delay may not have been used well for preparing the system to be better equipped, and the delay may not be enough to wait for the vaccine – which may take at least a year to develop for use – but what it has achieved is fortuitous. It has allowed some indications to emerge as to what drugs may be effective in curing it and which existing medicines may be used to prevent the infection. This prevents doctors from feeling lost and hopeless in tackling patients when they start arriving in great numbers.

The delay has also given time for other countries from sharing their findings and their hands-on action-research. So, what is it that we have learnt new?

This is not to belittle the killing potential of the virus. No! As we still struggle with the pathophysiology of CoViD-19, we are still not sure what treatment will help. There are people jumping the gun for a few seconds of fame, but the final word is not out yet. Some say that Hydroxychloroquine – used primarily against Rheumatoid Arthritis, and not malaria – can prevent the virus from attaching, and so can some antibiotics like Azithromycin – usually given for sore throats and some other infections – but given together they have caused a few deaths already. After getting the go-ahead for making hundreds of thousands of ventilators, newer reports – not studies, mind you – are questioning the use of ventilators and even try to say that they may be dangerous except to a very few of CoViD patients. The Corona virus has opened up the whole globalized world to a pandemic and has killed tens of thousands of people already directly.

Medicine worse than the disease?

As mentioned earlier, we have had fortuitous benefits because of the lockdown though much of the misery should have been avoided. But can we afford to have a medicine that is worse than the disease? I am not arguing for sacrificing lives just to keep the economy running instead of a universal quarantine. I am arguing for saving lives from childhood illnesses, from TB and abortion and maternal causes AND not just from Corona!

I have not found a single fatality from CoViD-19 recorded for a child below say 10 or 15 years of age of all the deaths reported from around the world! Even if there was the odd one, the risks of serious CoViD are minimal and hence can we have the schools and Anganwadi running again? Under 5 death rates are double for malnourished children than for others and hence this can be a game changer. This would have to be with physical distancing and hand wash discipline, of course. At almost 50% of children below 5 years being malnourished, we can’t afford to go worse.

Can we also get the schools back on track? The nutrition that children get through Mid-Day Meals was a well thought out strategy of supplementing nutrition and here too, we can’t afford the children to slide further on the malnutrition scale.

Children in rural Govt schools attract the poorest and we can’t afford to worsen their learning levels. Unfortunately, these students can’t be taught online as their parents often don’t have a phone, let alone a smart phone! Maybe teachers can be asked to teach them in two shifts a day to care for physical distancing.

Hospitals that are closed for all but CoViD can start providing normal care of children and women and others – with physical distancing, handwash and hand rubs of course, so that we can delay the spread. The current model of lockdowns, however localized we may try, has the threat of old people getting CoViD and wherever it spreads, the local hospital WILL get overwhelmed, be sure of that.

With schools and markets opening up, we can get the economy up and running, offices and administrations working and running again. But this may be at the cost of old people who would catch the infection and possibly get serious and die. After all, 80% of the CoViD deaths all over the world have been of people above the age of 65 years (though it doesn’t mean that 80% of the old shall die – of patients above the age of 65 years, around 15 to 20% have died).

So how do we manage the old? Suppose we assume that a 55-year old Indian is equivalent in health to a 65-year old Chinese, Japanese or an American or European. They shall be the most vulnerable to develop CoViD-19. Is it possible to encourage all villages and hamlets to set up old age homes where the Anganwadis and Ashas can look after the old? A nurse, doctor and the 102 services can be made regularly available to them. Families could come and see them, meet them across the fence but yes, with physical distancing and face masks. Kith and kin could even provide nutritious food to the old and this to me can lessen the burden of severe disease considerably. My public health guess is that these old age homes may not be required for more than 6 months as herd immunity would have built up considerably by then in the younger people which would reduce transmission to a trickle. We could even keep younger people who have co-morbidities like heart disease or diabetes or severely obese (>30 BMI) to look after the old as they too are also at higher risk of CoViD and could do well with segregation. (I am not clear of how we can segregate old people in the Urban areas, but i guess other people could suggest good ways to do that!)

We can’t see the slipping back of mortality indicators of women in pregnancy, delivery and abortions; of children below the age of 5 dying of dehydration and pneumonia with underlying and worsening malnutrition; of TB touching a million deaths. It would be really sad to see our strategies to counter Corona kill more people than the virus itself!

We need to be smarter than the Corona virus, and more compassionate! For all its faults, Corona hasn’t shown a predilection to any caste, creed, religion or economic status! Neither should we. We need to see an infected Corona patient as a victim and not as an accused. Naming and shaming doesn’t help! Discriminating between the haves and have-nots looks terrible – some state governments paid as much as $2000 to their people stranded abroad, but didn’t seem enthusiastic in initiating help for its stranded labourers. The Indian race has faced many more immunological insults and Corona will easily be defeated! It is time to show solidarity and compassion!